beginnings, endings, and mugs of butterbeer

I never realized how much my life revolves around books. And not even reading them, to be honest. Just the mere presence of them. Filling the air with thousands of stories. Invisible, like spirits wandering aimlessly until someone happens to stumble upon one. And then it becomes a part of that person forever, if they care enough.

I'm always reading something. More often than not, the material of choice is a cookbook. Not for the recipes, though, but for the vignettes, for the short stories that give me a fleeting glimpse into the life of someone who loves gastronomy as much as I do, or into their tales of travel across the world with memories in the form of babka or millefeuille. Lately, I've been revisiting Conan Doyle short stories [when I'm obsessed with something, it invades all aspects of my life, and yes, I have seen the entirety of Sherlock about 4 times at this point], reading ones that I'd read when I was much younger and others that I'd never bothered to explore.

And if I'm lucky, I'll happen upon a novel that I get lost in.

You know the feeling: like the story was written for no one but you, making you believe you're actually there, feeling attached to each and every character, letting them become part of you as much as you're a part of them. 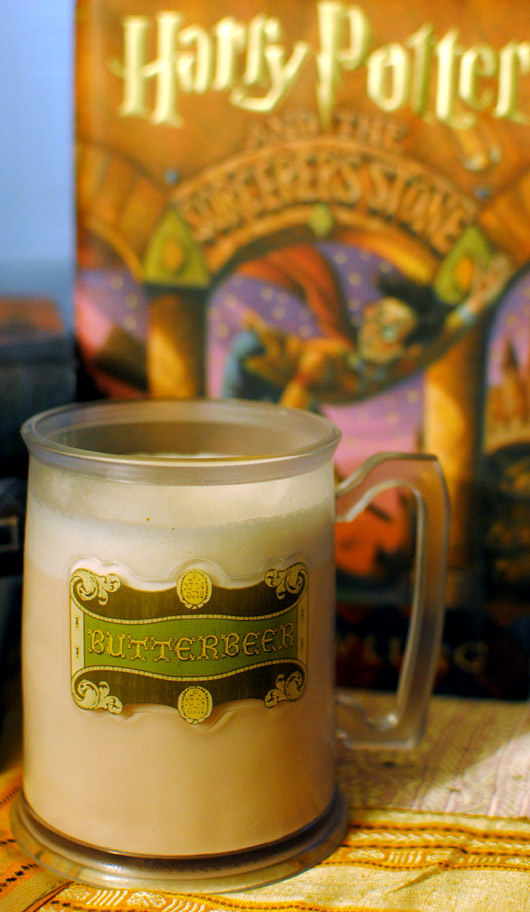 I've been working full-time these days [as in, not interning, at least until the final week of July], and consequently have been spending the majority of my days in the basement of the Special Collections building. I work in Digital Curation Services, which sounds both more impressive and less boring than it actually is. Not that I don't love my job, because I do; as far as part-time jobs for undergraduate students goes, it's brilliant. And occasionally, incredibly rewarding.

Presumably, I digitize things. Specifically, books, manuscripts, photos, documents, letters, maps, pamphlets, and the like. I use technology worth thousands upon thousands of dollars, a number of different computer programs, and cataloging technique to digitize printed text. In a way, it's ironic. But a testament to a changing world, and the importance of preserving the past. 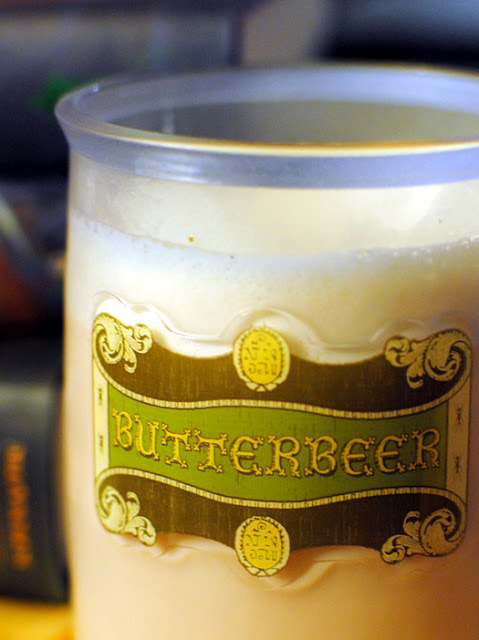 For the most part, I digitize things that often have me wondering why on earth I'm digitizing them at all. Like documents about azaleas for professors in the biology department. And I'm sure that, you know, such things are important, but after the 1000th page on azalea anatomy, it does get tiresome. But sometimes I'll get lucky, and I'll be given something special. Leonardo da Vinci manuscripts written in his beautiful mirror-script. First-run copies of Huck Finn. An original copy of the Declaration of Independence. Civil War diaries written by a soldier in 1862 [my first project, actually]. My current project is a copy of Kim, by Rudyard Kipling, from 1901. Fourteen hours and counting, yet slowly but surely, it's getting done.

Despite the fear of sounding cliche and sappy, these are things that bring me back to reality. An old reality, but a reality nonetheless. That things happened, stories were written, and these are the ways we remember them.

And during my one-hour lunch break, I head toward the second floor of the adjacent library, into the McGregor room. Since it's summer hours, it's almost always completely vacant, save for a few students on laptops scattered amongst the armchairs and wooden tables spread haphazardly across the carpet. Walking in through the tall wooden doors, it's like finding yourself in a library from the Victorian era [or the Hogwarts Library, quite fittingly]. It's the perfect atmosphere to read, sitting cozily with nothing but the welcomed scent of old books and candle wax to distract you, and I've made it a habit to go straight there when I have free time. I've missed it, to be honest, having a book to look forward to. During the year, there's enough going on that I don't realize what I'm missing out on. Over the summer, I've got some time to make up for it.


I read a lot as a child. I always had my nose in a book. I often wonder what ever happened to that drive. I suppose it got lost in the pages of chemistry textbooks and required reading novels from high school. A pity, really. But much of my childhood was marked by books. When I think of Pakistan, one of the first things to come to mind [besides the obvious memories of the scents of chicken tikka and fresh-baked naan] are Great Illustrated Classics. My uncles would take me to the biggest bookstores in Karachi so I could fill my arms with piles of the novels, and I'd spend my days distracting myself from the heat with pages from those books. At home, it was the Saddle Club, fueling my love of horseback riding [which I did for about 2 years before allergies shot that dream indefinitely]. Later, Nancy Drew and the Boxcar Children, the Lost Tales of Merlin, The Giver, Anderson and Grimm Fairy Tales. Anything and everything that would appeal to an elementary-schooler.

But nothing defined my childhood, both literary and otherwise, quite like Harry Potter. 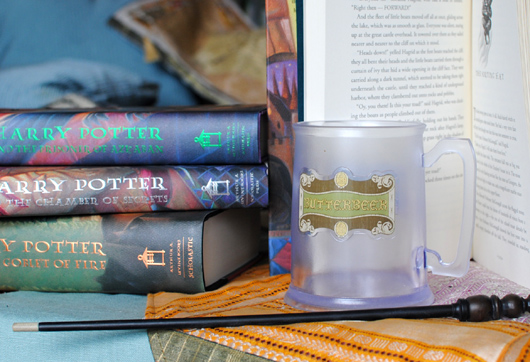 Homemade Butterbeer
Adapted from my own experimentation, in the style of a certain Mr. Sherlock Holmes. Minus the threat of bodily harm.
Serves 6-8; this is a very heavy recipe

[Disclaimer #1: this recipe is, obviously, not the same as the one served at the park. The park's version is actually made without any dairy whatsoever, whereas this one is nothing but. It also lacks any sort of 'butterscotch flavoring,' because such products creep me out like the Bloody Baron at a Halloween party. Nevertheless, the flavor is all there, and it gives one a similar feeling of being warmed up from the inside out, in the most pleasant way. My version is slightly salty, because upon first read, I imagined butterbeer to have a comforting, salty-sweet quality about it. I like to think that Mrs. Rowling would approve.]

[Disclaimer #2: this recipe is pretty brilliant.]

In a medium-sized saucepan over medium heat, melt sugar until it turns a light amber color, about 5 minutes. Whisk constantly. Toss in salt. Add in butter all at once, and continue whisking until blended. Remove pan from heat and slowly pour in heavy cream in a steady stream, still whisking vigorously. Once blended as a uniform sauce, set aside.

In a large saucepan, heat milk on medium heat. Pour in vanilla and stir. Allow milk to heat until it begins to simmer slightly, and then pour in the caramel. Stir until blended, and once the mixture is at desired temperature [warm or slightly hot], shut off the heat. Using either a whisk or an immersion blender, whisk milk until light and frothy. Pour into glasses and serve immediately.

When the first book came out, I was 7 years old. Hated it. I found it boring and dull, and it escaped my thoughts for a while. Then, when I was 9, I picked it up again. And loved it. Drank up each word as though I had been traveling through a desert for months. And from then on, I eagerly awaited each new book in the series. At age 11, I was truly disappointed not to have received a letter inviting me to Hogwarts. [Not going to lie, I still dream about it.] I had mom drive me to Barnes and Noble each summer a new book was released, waiting in line and all but bursting with excitement at 11:59pm, surrounded by others with the exact same thing on their mind. Having thoughtful, philosophical discussions about Potter morality, religion, and politics with not only friends, but teachers throughout high school. Feeling my heart break throughout the final few books, as if the characters were people I knew and loved.

And really, they were. They are. I've grown up with them. We've all grown up with them. They're a phenomenon. Whether or not you enjoy the books [though, in my mind, if you haven't read them or liked them, you're not a real person], you can't deny that they've changed the world. They've made kids read. They've kept those kids reading well beyond their youth, into adulthood. A decade of books. An incredible series. Perfectly constructed. I know the Potterverse [that's Potter universe, for those of you not in the know] like the back of my hand. It's in my mind. Every winding street of Hogsmeade and Diagon Alley. The towering spires of Hogwarts Castle. The depths of the Black Lake and the Forbidden Forest. Even when I had schoolwork to occupy my life, I made time for Harry, Hermione, and Ron. And I'm not embarrassed to admit it because I know the same holds true for every other fan. One of the highlights of my second year of university was drinking a mug of Butterbeer at the footsteps of the Three Broomsticks, and purchasing a wand from Ollivander's.

And I loved every second of it.

Tomorrow night will be bittersweet. I'm sad to see the series come to an end, like millions of others who grew up with the books like me, but I can't think of a better way to end almost 13 years of an incredible series. I've always thought that 19 is a useless age, and I still do. Nothing changes, there's no excitement like one that accompanies turning 18 [though, I don't smoke or gamble anyway, so there wasn't too much excitement there aside from being able to sign my own legal documents], or turning 20 and leaving teen years behind.

But this feels like closure. It'll be turning 20 years old having completed a milestone.  It'll be saying goodbye to a best friend, one who has really affected me in an enormous way, and one that I will sob to leave. But it's served it's purpose, and perhaps this is the best way to say goodbye. It's made me genuinely want to read. It's given me something to love. It's made me laugh, it's made me cry, and it's made me learn. It really has been the series of our generation, and in a world that has been plagued by change, it was like a source of stability. Comfort and beauty for a 10 year old with the backdrop of 9/11, too young to understand the depths of the tragedy, but old enough to revel in the escape via Platform 9 and 3/4. And a similar comfort for a 17 year old, starting college with all the fears of the future, but with the Hogwarts Express to take her away for a little while.

And, perhaps, 100 years from now, someone else will be digitizing these books, preserving their pages in a changing world. But you know what? This reality was ours. And even if my childhood ends tomorrow night as I sit in the theater, dark mark on my arm, Ravenclaw scarf around my neck, and wand behind my ear, I've still got the pages to turn back to when I'm feeling nostalgic.

[Besides, it's only a matter of time until Pottermore is released. Yes, it is on my calendar. And yes, I will most likely dress up for the event. As always.]
Posted by Sabeen at 10:31 PM