[one year ends and a journey begins] seviyan

“Great restaurants are, of course, nothing but mouth-brothels. There is no point in going to them if one intends to keep one’s belt buckled.”
- Frederic Raphael 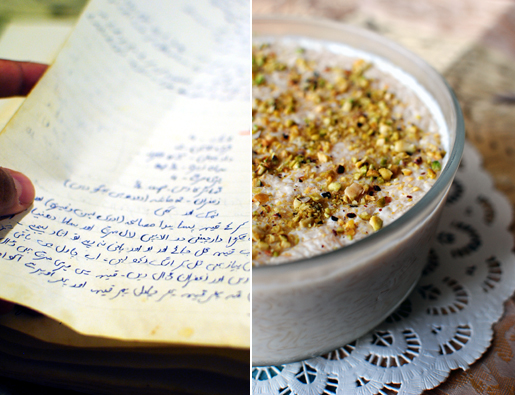 If you've ever read this thing before, you'll know that I have an obsession with food. A rather obvious obsession with food. That's why I started this thing, really: to publicize my gastronomic antics in an outlet much preferable to texting friends miles away about a phenomenal slice of cake eaten at such-and-such restaurant, or sending camera-phone photos to my mother every time I bake something new and enthralling.

Granted, I still do occasionally resort to the texting method aforementioned, to friends who'd appreciate those antics without raising an eyebrow too high in question, if I've eaten something particularly delicious. It's just a love that should be shared, I think.

Anyway, that was 1 year ago. Exactly 365 days. 365 days since I first signed onto blogger and made this silly old thing. But it's grown to be more than just a silly old thing.

Still silly, of course, but more meaningful to me than I originally thought it'd be. Perhaps in my subconscious mind, it's a vain attempt at self-preservation. Perhaps it's a method of escaping from the trivialties of the day-to-day to a place where I don't feel obligated to do anything, really, and can stop thinking about the stresses of university. Perhaps it's because it's become way to learn, not only about baking and photography, but about life and about myself. 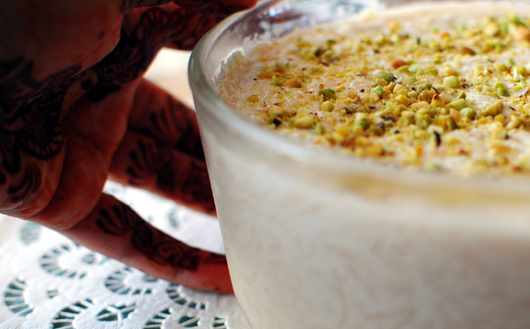 No matter the reason, I'm happy to be here. I thought I'd keep this up for a few weeks, a few months at most, but it's become bigger than that. It's become a source of comfort, something I know will always be here for me to come to when I want to stop thinking. Something to remember things by, from vibrant photographs of blackberry flaugnarde to the lingering taste of apple pie on the tongue. Something that makes me appreciate Farmer's Market tomatoes and coffee dates with friends, espresso and lemon pound cake on the table.

I'm just...happy to be here, honestly. Not much more to say than that.

Aside from thank you, to you wonderful people. You wonderful people who read this silly old thing. And put up with my antics. And hopefully walk away with something afterward. A way to pass time in a dull lecture, a growling stomach, a new recipe, or maybe even a new perspective on something as ordinarily beautiful as food.

But enough of the sap. Cheese is for eating, after all. [shutup Sabeen]


Not only is today the 1-year anniversary of this blog, but it also happens to be Eid. So, obviously, as if I weren't already going to bake something in celebration, I knew it had to be something special. And so I decided to take a drive home for a bit, spend some time with mom, reminisce about Eids past [back when I could actually be home to celebrate], and cook some seviyan.

I really just love this stuff. Could eat it by the pot. Easily. I won't even notice how much of it I've eaten until there's none left, and then all I feel regrettable about is the fact that there was hardly enough for me. I've been downing this stuff since I was born, basically, and it's one of my all-time favorite sweet treats. Still, it's something mom only makes on special occasions, so when I was home this weekend for an early Eid celebration, I knew I wanted her to finally teach me the trade.

Granted, a lot of the weekend was spent cursing Irene for a loss of electricity, but therein lies the beauty of gas stoves.


In a large saucepan over medium flame, heat milk until just boiling. Lower the temperature to a gentle simmer. Stir in the crushed vermicelli noodles and stir. Keep stirring at a simmer for 40-50 minutes, until milk has thickened some. No need to stir continuously, but return frequently [every 5-10 minutes] as to make sure milk isn't boiling or burning. Be vigilant about scraping the sides and bottom of the pan.

After milk has thickened a bit, add in sweetened condensed milk and combine. Finally, add in kevra [or rosewater] and ground cardamom. Stir for another 5-10 minutes, to allow the sugar in the condensed milk to thicken the pudding further. Remove the pan from the heat and let rest for 5 minutes. Spoon pudding into serving dishes and top with ground nuts of choice. Be sure to do so before the skin forms on top of the pudding [which, by the way, is the best part]. Let pudding cool to room temperature, at least, before serving. Pudding tastes best after a few hours in the fridge, and will stay good, covered, for up to 5 days. 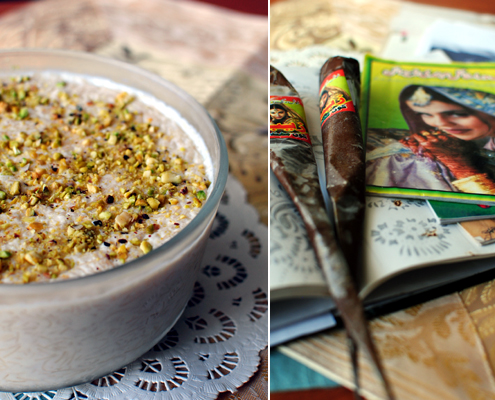 And now, this recipe leads me to my big blog project for the year [Two years? Three years? Deadlines have yet to been set, saying how it's unlikely they're to be met. But I digress].

So, I like to bake. Obviously. But more than that, I like trying new things. It's why I joined the Daring Bakers back in January; it gave me an excuse to bake things that I normally wouldn't have a reason to.

And now that this is the end of one year, and the beginning of another, I thought, "what better way to keep myself entertained during my third/fourth/post-grad year of college than to impose some sort of unreachable culinary goal that will inevitably leave me wondering why I've decided to undertake the challenge in the first place?"

Thus, I dub today the commencement of my blog project, Around the World in 50 Sweets. What am I going to do, you might ask? And did I really need to select such a corny title? Well, I am going to take a culinary tour around the world, starting in South Asia and the Middle East, traveling east through Asia and the Pacific Islands, Down Under, across the sea to South America, up north through Central America and the Caribbean to the good old' US of A, a short trip up to Canada, a boat ride across the Atlantic to Africa, a scenic backpacking trip through Europe, and finally through the Chunnel to the glorious United Kingdom. Fifty desserts to give myself and you all a taste of our world, one both enormously large and strikingly small, full of fantastic people with fantastic recipes to match. All with nothing but a whisk, mixing bowl, and a bag of sugar by side.

[Okay, so I'll have some flour and almond extract from time to time, but the above sounded more poetic. And yes, the title is staying.] 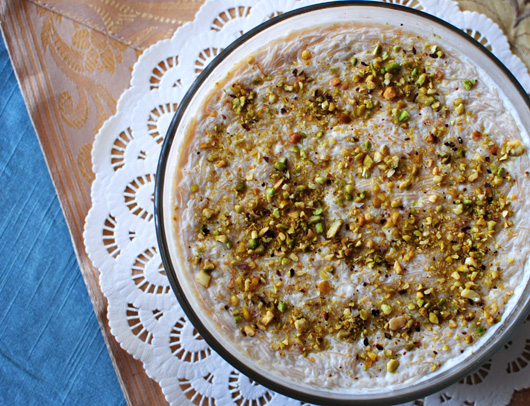 Is this crazy? Probably. Is this going to but an enormous dent in my bank account? Most certainly. Am I actually going to finish this by the end of my third year, as was my original vision? Hugely unlikely. Am I going to end up regretting this?

...well, that goes without saying. Mostly for my thighs. But at least the journey will be fun.


And so, I bring to you today journey number one, the place where my story begins, all told through a bowl of seviyan: Pakistan. Jasmine trees, Great Illustrated Classics, henna tattoos, calls to prayer, grandmothers and grandfathers, noisy rikshas, dusty streets, afternoon ceiling fans and hot summer nights. A homage to my parents. Childhood familiarity. My beginning.


A good place to start, I think.

Pin It Now! Email ThisBlogThis!Share to TwitterShare to Facebook
Labels: Around the world in 50 Sweets, custard, dessert, mithai, Pakistani, pudding