I don't consider myself a terribly profound or sentimental individual, but I do occasionally experience bouts of musings of a more existential nature, complete with extremely one-sided conversations with myself [all in my head, of course] about life. Then again, working in almost total silence for eight hours a day, five days a week, with nothing but an iPod for entertainment and the occasional interesting read, gives my little brain ample time to think about anything and everything.

As of late, the topic has been that of firsts. My parents never kept a "baby book" or whatever, so there's no real record of my first steps [probably more falling than actual walking], or my first word [probably "doublechocolatechipcookie"], or my first tantrum [probably at 4 weeks]. But I do remember firsts that meant something to me at the time. 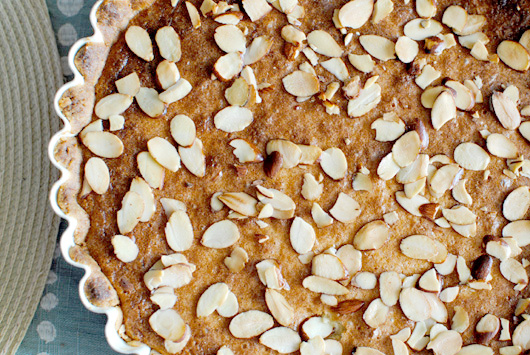 My first concert was Hellogoodbye, with Boys Like Girls opening for them, if that's any indication as to how long ago that was. My first real vacation was Disney World, when I was around 5 and terrified of roller coasters, but appreciative of older cousins who were kind enough not to berate me for it. My first injury was a broken elbow, after a spontaneously idiotic jump off the couch, and I still have the mark to show for it. My first instrument was the piano, one I continue to play away at, in all senses of the word "mediocre", to this day [the second being the flute and the third being 3-hours worth of self-taught guitar (which was, needless to say, a failure of epic proportions)].

But it was only just recently, skimming through my ever-expanding culinary bookshelf, that I stumbled upon my first cookbook. Desserts You Can Make Yourself. I'm not even sure it's still in publication. Mom bought it for me while in Pakistan when I was around 8 or 9 and already exhibiting an insatiable appetite for all things sugar, and consequently, the creation thereof. It was an English cookbook [yes, metric units and all] written for children like me, choc-full of endearing hand-drawn pictures and one-sentence baking instructions, and so naturally I fell in love. Mom and I spent many a summer evening baking pound cakes, sponge cakes, and jelly rolls from this book. I even recall my uncle once paying me $5 for requesting a chocolate cream pie [which really is divine], and the incredulous joy it brought me.


[After all, when you're 10 years old, a $5 payment for dessert is basically free license to develop a lifelong dream of opening up a bakery.

Or, perhaps that's just me.]


Okay. So, admittedly, this recipe doesn't come from my cookbook. I assume that including desserts with the level of precision and time required for this tart goes against the marketing strategy of a cookbook geared towards children.

But I felt a pang of nostalgia for my nonexistent British roots, and so was inspired to bake something traditionally English. Not to mention perfectly fitting, what with the release of Deathly Hallows part II last weekend.

[I've also begun season one of the Doctor Who revival. ...Yeah.] 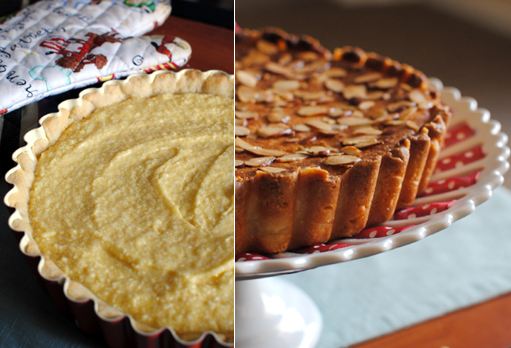 For the shortcrust pastry, you'll need:

For the frangipane, you'll need:

To prepare the pastry crust
Pour flour, almond meal, butter, and salt into a food processor. Pulse until the mixture resembles breadcrumbs. Add the egg yolk and water and pulse until dough comes together. Flatten dough into a disc, cover with plastic wrap, and chill for at least 30 minutes.

Once chilled, lightly grease a 9-inch fluted tart pan. Roll pastry into a disc of about 1/4-inch thickness and line the tart pan. Cut any excess pastry off the sides of the pan. Using a fork, prick holes on the base and sides of the pastry, and then cover loosely with plastic wrap and chill for an additional 30 minutes. [You want to handle the pastry dough as little as possible, and keep it as cold as possible.]

Preheat the oven to 350 degrees Fahrenheit. Once the pastry has chilled [again], bake for about 10 minutes. Remove from the oven, brush the base and sides of the pastry with egg white, and bake for another 3-4 minutes. Allow pastry to cool.


To prepare the frangipane
Cream together the butter and sugar until light and fluffy. Add in eggs and egg yolk, one at a time, until incorporated. Fold in the almond meal and lemon zest. Set aside.


To assemble the Bakewell tart
Preheat oven to 400 degrees Fahrenheit. Spread fruit jam or preserves evenly over the base of the cooled shortcrust pastry. Carefully spoon the frangipane mixture over the jam, and spread evenly. Bake the tart for 20-25 minutes, until the surface is a light gold color and the custard has set. Remove the tart from the oven, press the slice almonds evenly over the top, and return to bake for an additional 5-10 minutes, until golden brown.

Cool tart to room temperature before removing from the pan. Dust the top of the tart with powdered sugar before serving, if desired. 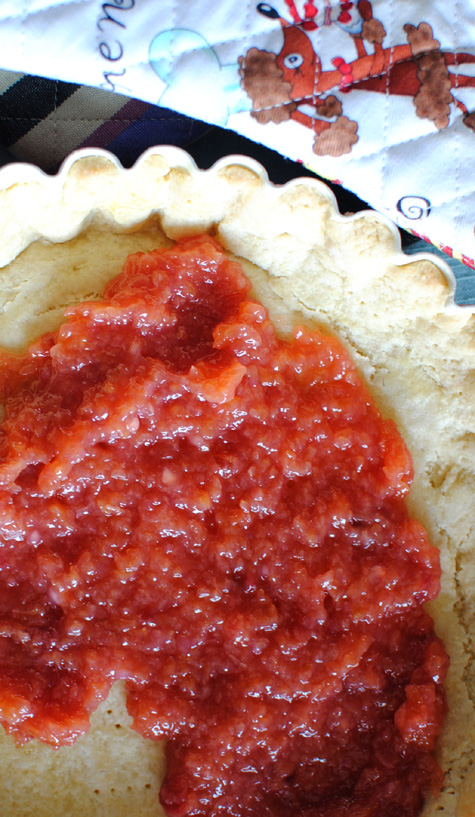 I've been to London just once in my life, so far, and have only a vague [read: half-blind in a dense fog] recollection of the grandeur of Big Ben and Trafalgar Square. But it's a city that I would love to visit again in the near future [I'm currently trying to persuade mom to agree to take me there after graduation, but only time will tell if my nagging is successful].

Even more so, the English countryside, but I feel like any good trip to the UK needs to start in London. Waking up to fresh-baked scones and clotted cream, spending cold evenings eating mince pies and Sunday roasts, and finishing every meal with a sticky pudding or fruit tart, all the while walking through bustling streets lined with bookshops, patisseries, and museums.


In any case, until the time comes, I'll stick to baking. Cherry Bakewell tart, specifically. Bakewell tarts are a very English dessert, dating back about two centuries, consisting of pastry crust layered with a fruit jam and frangipane [almond pastry filling], baked to bubbly, custardy goodness. I went with cherries because they happen to be exquisite, and I love them.

[The cherry preserves were simple, so I won't give a formal recipe for them. Basically cooked them in a saucepan over the stove with a splash of water until boiling, then added some sugar and lemon juice. Cooked for a wee bit, dumped the stuff into the food processor, crushed them, put them back in the saucepan, added about 2 tbsp of cornstarch, brought to a boil for about a minute, and then turned off the heat. Any sweet cherries will do.]


Regardless, I'd recommend going for a jam that veers on the tart end of the sugar spectrum, as the frangipane is quite sweet. The combination of the two is lovely on one's palate. I'd also recommend some sweetened cream on the side for this one. Not so much vanilla ice cream; it'd be too heavy. But plain, alongside a cup of tea or coffee, too, is delightful.

Much of the recipe can be prepared ahead of time, as well, and I would recommend it. The curd and pastry dough will keep well in the fridge for about a day [separately, of course; don't assemble until right before baking]. Store-bought pastry dough and jam works just as easily, though I always prefer traveling the 'from scratch' route. Your prerogative, as always. 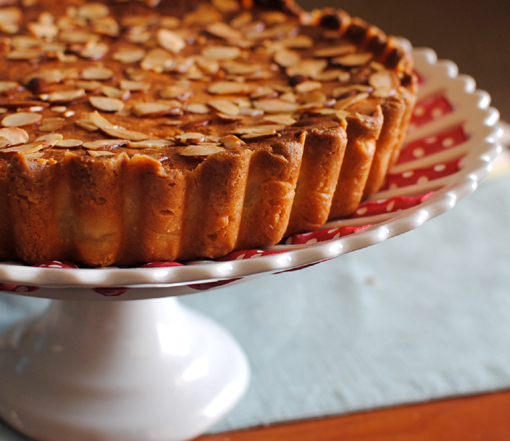 And now the entire flat [apartment] smells like cherry tart. I figure it's time to put on the kettle [I don't own a kettle], make some tea [most likely grab some milk from the fridge], and read a novel [definitely watching Doctor Who until I pass out].

I anticipate a wonderful evening [at least I'm honest].
Posted by Sabeen at 8:07 PM